Christians: Here are 15 Travel Experiences in Europe to Enrich Your Faith

Europe is alive with preparation and celebration this year in honor of the 500th Anniversary of the Reformation.

Reformation history is fascinating in its own right, but this is the year to really reconnect with your religious heritage and rekindle your passion for your faith by visiting some of the most significant and meaningful sites of the Reformation and the Protestant faith.

1. Wander through Lutherhaus, the former Augustinian monastery where Luther was transformed from a fearful monk to a confident preacher who taught “justification by faith alone.” 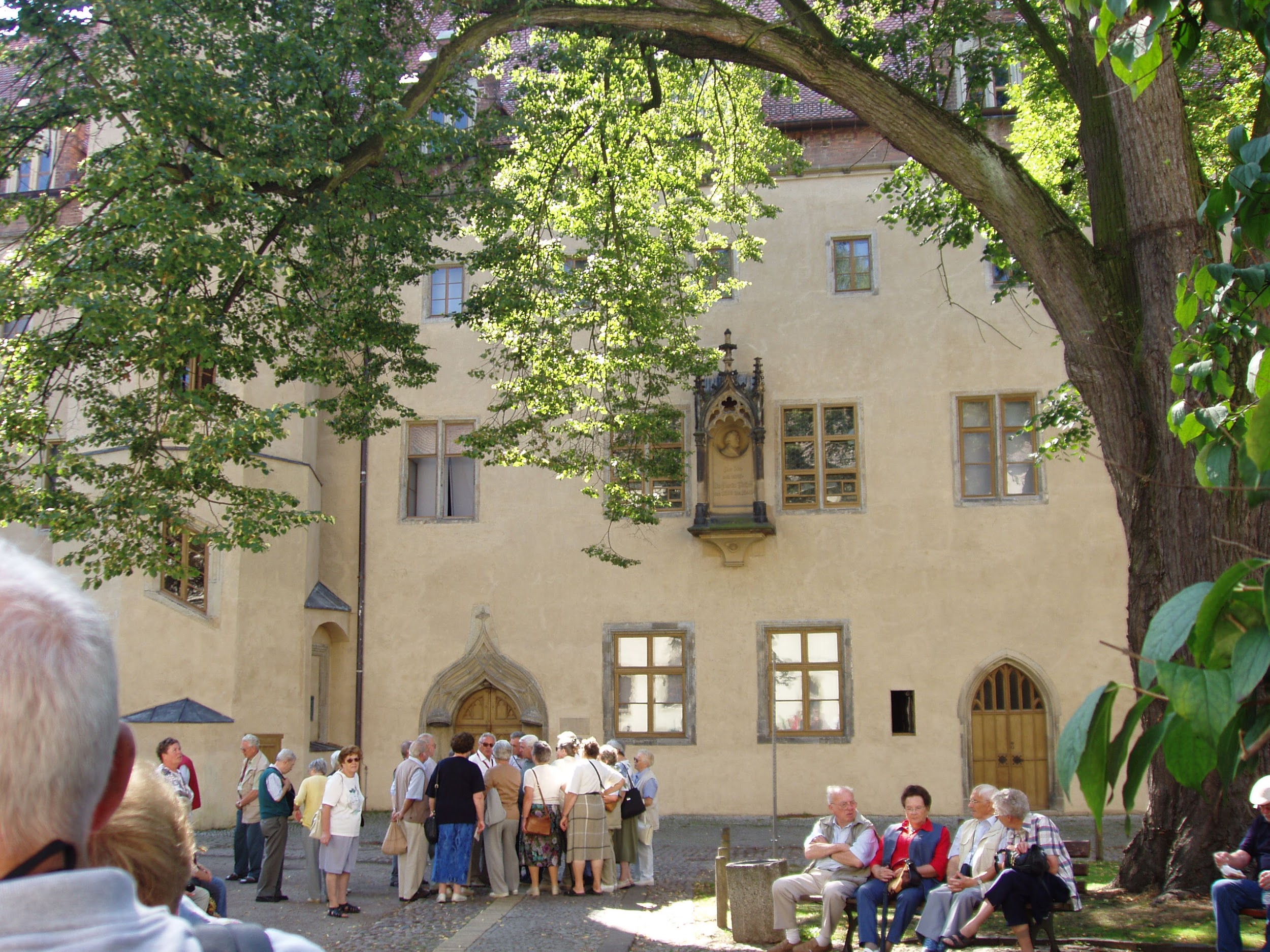 Lutherhaus, the former Augustinian monastery, has been transformed into the most significant Reformation museum in all of Germany. The museum has many priceless Luther relics, including his original desk and the pulpit from which he preached in the Stadtkirche, plus first editions of his books and original manuscripts. It’s a highlight of all our Reformation Tours including the Luther Anniversary Tour.

It was here that Luther had a breakthrough in understanding while meditating on Romans 1.

2. Pray in St. Thomas Church in Leipzig, where Johann Sebastian Bach himself was the choir director for nearly 30 years. 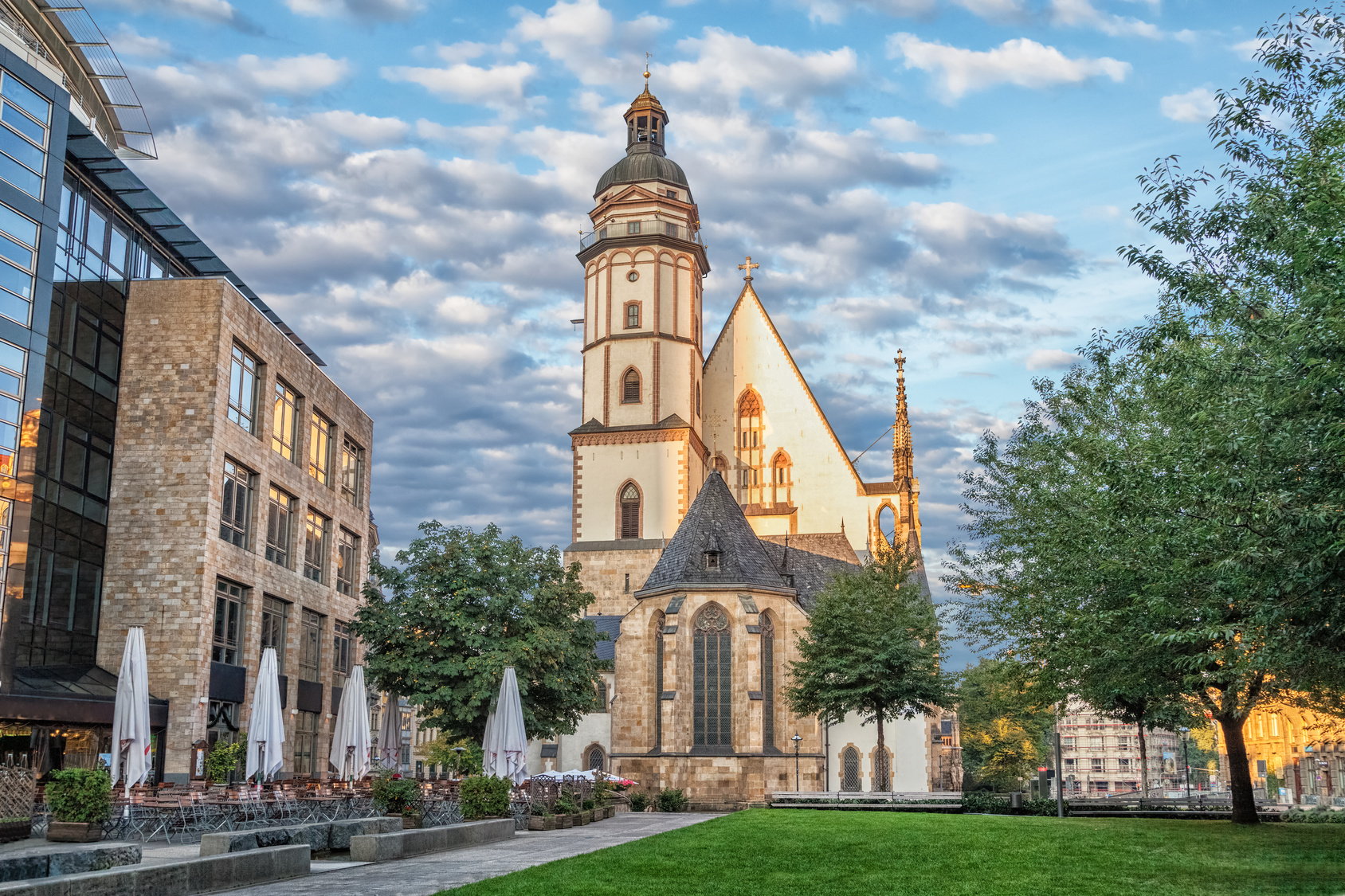 This stunning 15th century Gothic church was Bach’s church home for much of his life; in fact, it has been his final resting place since 1950, when his remains were transferred from the Johanneskirche cemetery. Bach himself used Luther’s translation and his Bible is now in Concordia Seminary Library in St. Louis.

You can attend the motet service and immerse yourself in the master’s music through the exquisite organ music and the songs of St. Thomas Boys Choir, the oldest cultural institution in Leipzig, dating back to the 13th century. You might also like to dine in the Auerbachs Keller restaurant, a favorite of Luther and Bach.

3. Visit Hampton Court in London, where the King James Bible was commissioned. 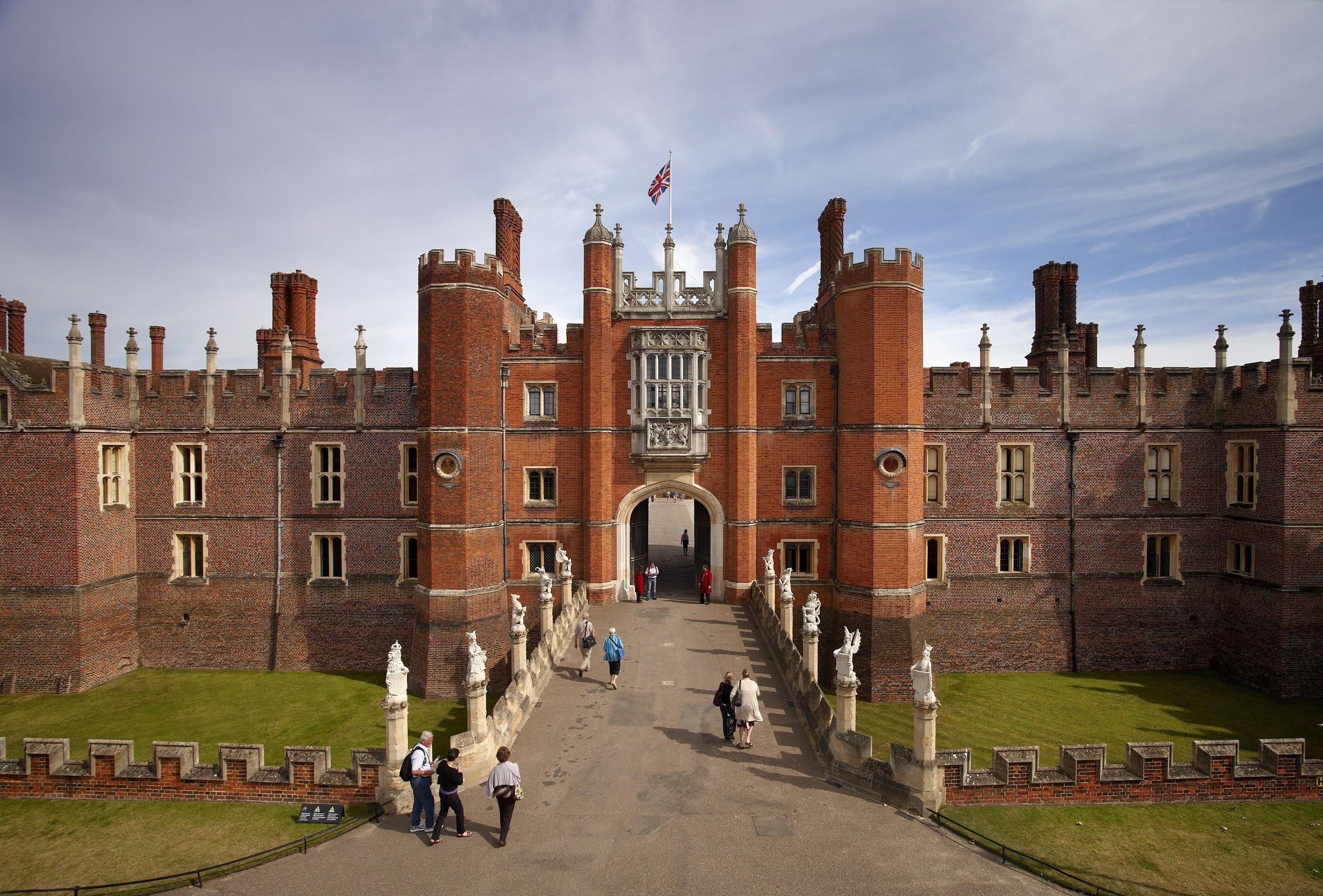 During the Tudor era, Hampton Court Palace was one of the finest residences of Henry VIII. Later, during the Stuart era, it was the home of King James I, who met with the English Puritans there in 1604, which ultimately led to the commissioning of the King James Bible.

Today, on our Church History tour, you can visit the Hampton Court Palace and see the Grand Hall, lavish gardens, and the Chapel Royal. You can also try and navigate the maze!

4. See the room where Luther translated the New Testament while living incognito as “Junker Jorge” in Wartburg Castle. 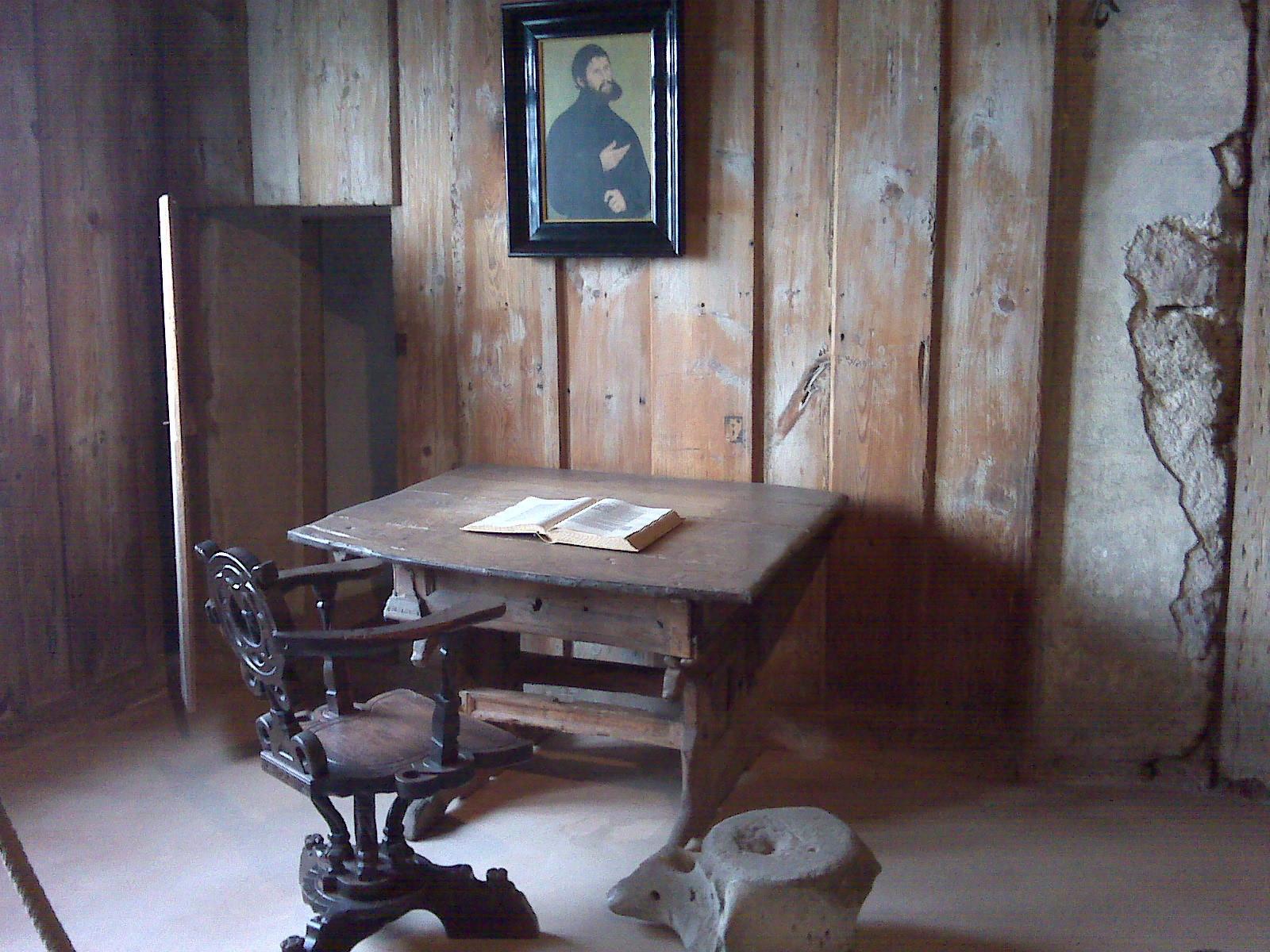 Wartburg Castle’s history dates back to the 11th century Thuringians, but it has special significance for Christians, who recognize it as Luther’s refuge after his excommunication by Pope Leo X for his refusal to recant at the Diet of Worms.

Frederick III of Saxony secreted Luther to safety in the castle, where he lived under an assumed name (Junker Jorge) and translated the New Testament and Psalms into German from its original Ancient Greek. Luther used Erasmus’ second edition to provide a translation that the Germans in Saxony. who spoke a wide variety of dialects, would understand. Martin Luther’s translation was the first translation from the Greek and Hebrew in over a millennium (since Jerome’s Vulgate) but he never received any payment for his work. He considered Scripture to be “words of life, intended not for speculation and fancy, but for life and action”.

Today, visitors celebrating the Reformation Jubilee can visit Wartburg Castle and see the national exhibit “Luther and the Germans” which features paintings, prints, and everyday objects used by Luther himself.

5. Visit Westminster Abbey, the site of royal coronations since William the Conqueror in 1066. 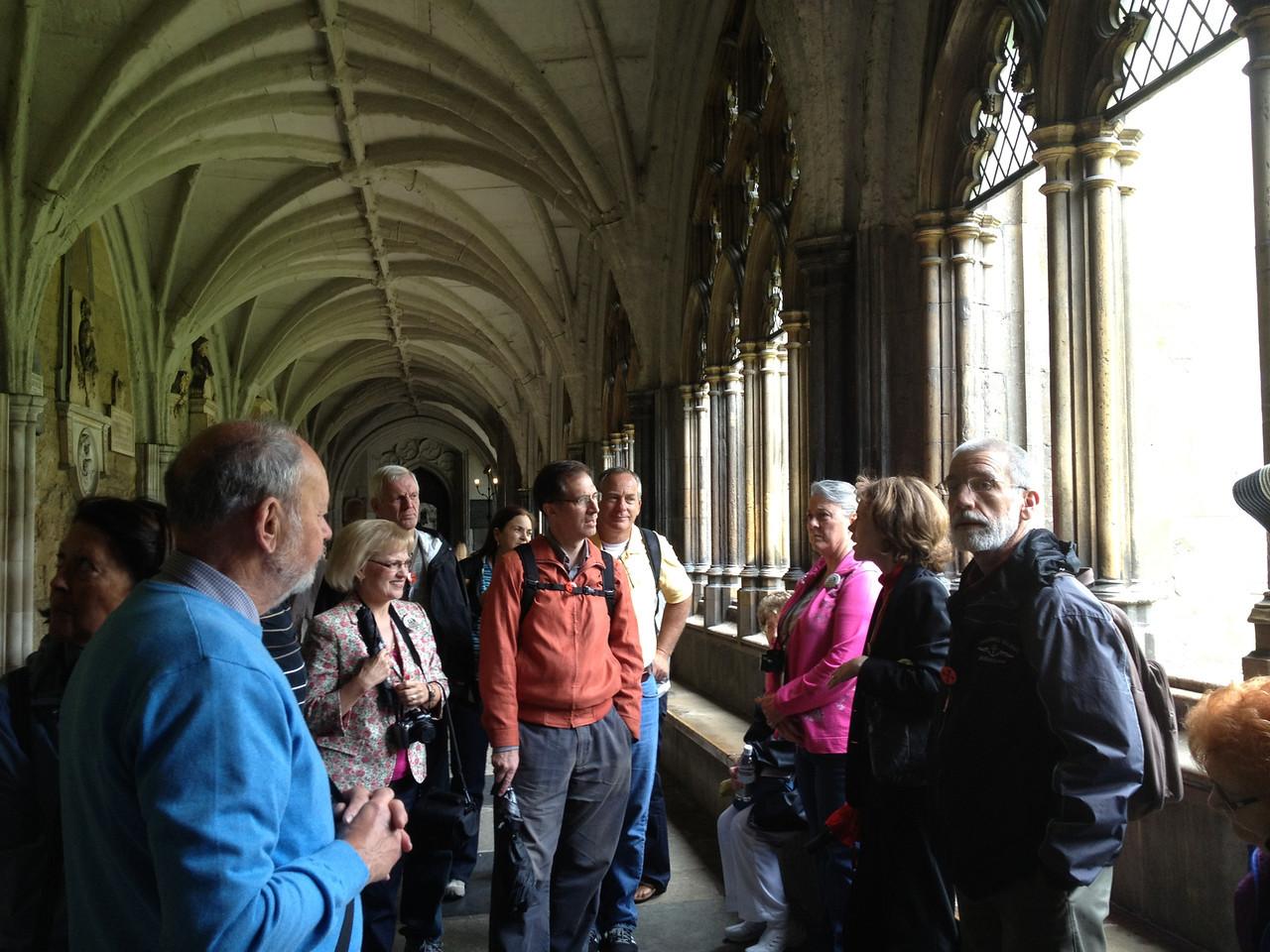 Is there are more recognizable or significant religious structure in the United Kingdom than Westminster Abbey?

With a history dating back nearly a thousand years, Westminster Abbey has been part of the religious and cultural history of England. It is the site of 16 royal weddings, including that of Queen Elizabeth II and the Duke of Edinburgh, the current monarch. The remains of 17 monarchs are also contained within the Abbey.

The Abbey is a site of pilgrimage to the Shrine of St. Edward the Confessor, the only king of England to be canonized. You can trace the Abbey’s religious history on a guided tour.

6. Visit Augustinerkloster in Erfurt, the Augustinian monastery where Martin Luther took his vows. 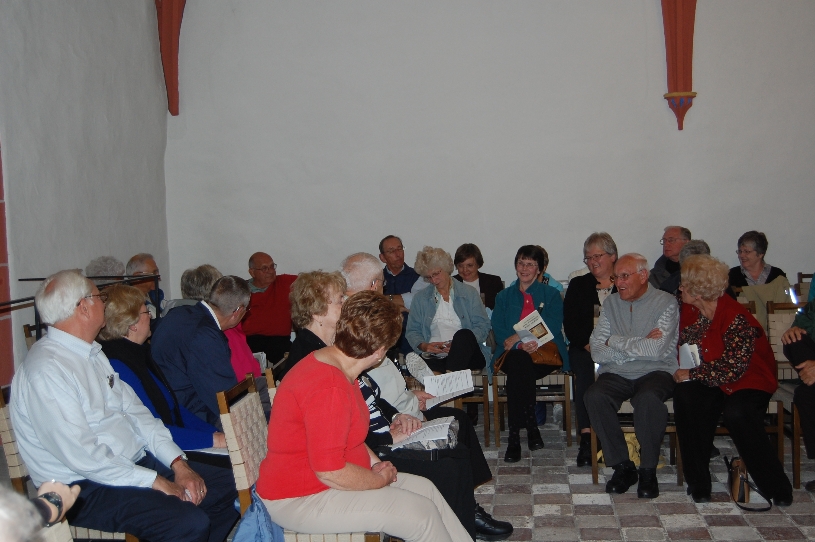 If you take a Grand Reformation Tour, you’ll definitely want to see all the significant landmarks on “Luther Trail,” a spiritual journey that traces the events of the great Reformer himself.

The Augustinian Monastery was Martin Luther’s home from 1505 until 1511 and he took his vows in the church. The Evangelical Church in Germany restored the church in the late 20th century. There are guest rooms and you can stay overnight here on many of our tours. We often have a service in the chapel and here’s a video from a time of fellowship.

7. Visit the Grossmünster in Zurich where Huldrych Zwingli ignited the Protestant Reformation in Switzerland.

As one of Zurich’s most famous landmarks, the Grossmünster served as the starting point of the Reformation in the early 16th century. You can learn about Zwingli’s Reforms and the story of the Anabaptists in Zurich on the Grand Reformation Tour.

The Reformation Museum in the cloisters is particularly significant—and the lovely stained glass windows by Giacometti, added in 1932, are breathtaking. You can climb the 187 steps from the nave to the tower for panoramic views of Zurich’s skyline and the alpine silhouettes in the distance.

8. Follow the story of John Wesley’s conversion at the Museum of Methodism in Wesley’s Chapel. 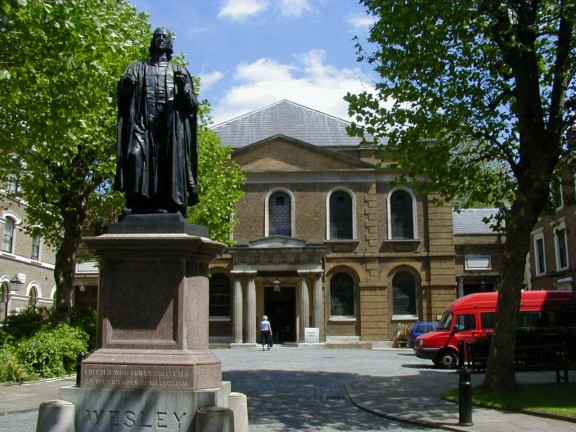 No church history tour would be complete with exploring the incredible impact of Methodism on Britain and, ultimately, the world. The Methodist and Presbyterian Tour is an excellent opportunity to follow in Wesley’s footsteps in London, Bristol, and Epworth.

You can learn more about John Wesley and the spread of Methodism by visiting his home and the Museum of Methodism. Across the street is Bunhills Cemetery, where the Nonconformist John Bunyan is buried along with other notables.

9. Deepen your understanding of Reformation history by visiting the Durham Cathedral, a former Benedictine monastery.

Durham Cathedral, a UNESCO World Heritage Site, has a history dating back to the 11th century and the Diocese of Durham. During the Reformation, the church was surrendered to the crown and was reconstituted under the Anglican Church.

One of the highlights of many of our tours, such as the upcoming Methodist and Presbyterian Heritage Tour, is a private meal in the Cathedral cafe and an after-hours tour that explores the priceless books, manuscripts, and artifacts housed there. Durham is an ideal place to combine with a visit to Holy Island / Lindisfarne.

10. Stand where Luther refused to recant his beliefs during the Diet of Worms 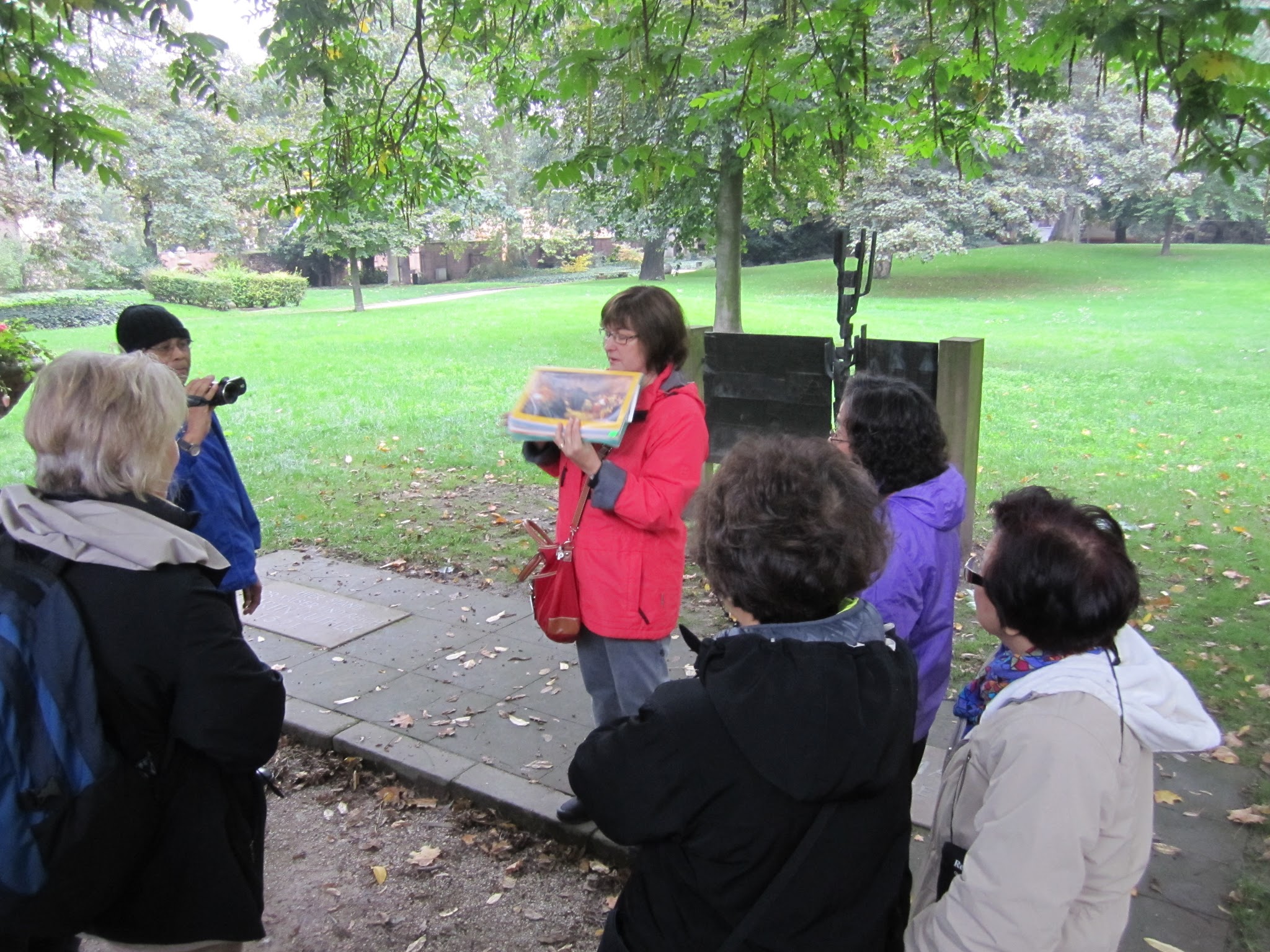 Worms is one of the oldest cities in Germany, yet it is perhaps best remembered for those fateful 10 days in 1521 that ultimately changed the history of the world. Summoned before the Imperiel Diet of Worms over his writings, Luther refused to recant, irrevocably moving toward the Protestant Reformation that followed.

“Unless I am convinced by the testimony of the Scriptures or by clear reason (for I do not trust either in the pope or in the councils alone, since it is well known that they have often erred and contradicted themselves), I am bound by the Scriptures I have quoted, and my conscience is captive to the Word of God.”

Today, you can visit the park that commemorates the event, then take photos of the stunning Reformation Monument designed by Erns Rietschel. The monument features Luther, Wycliffe, Hus, Walda and Savonarola.

11. Pray for the church at the very spot Reformer Jan Hus was burned at the stake for heresy. 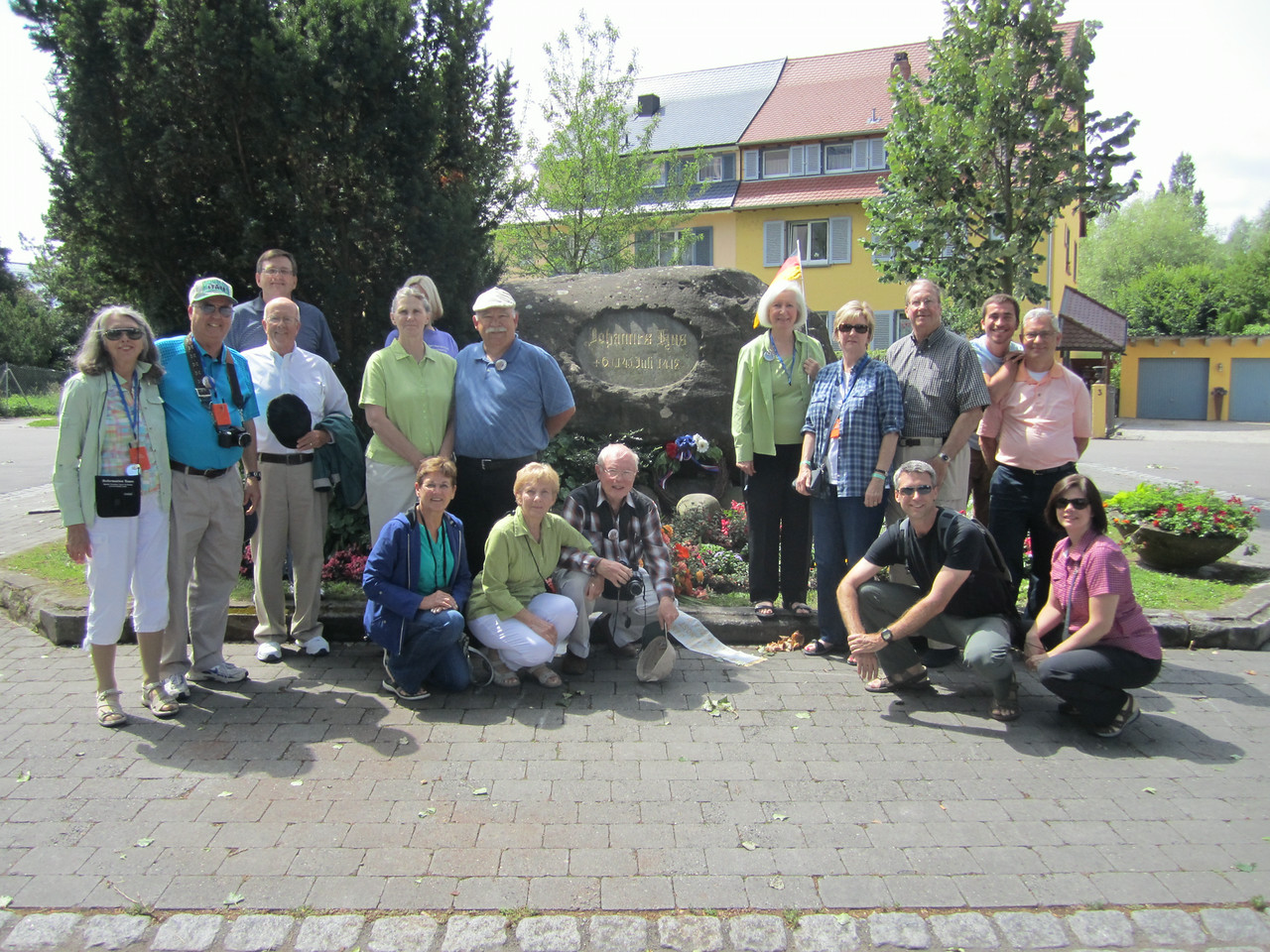 In 1415, Jan Hus was tried by the Council of Constance with Hieronymus of Prague and branded an arch-heretic. After a dunce cap was placed on his head, he replied, “Most joyfully will I wear this cross of shame for thy sake, O Jesus, who for me did wear a crown of thorns.”

He was burned at the stake on July 6, 1415, with Wycliffe Bibles as kindling for the fire. His last words were, “In 100 years, God will raise up a man whose calls for reform cannot be suppressed.” In 1517, almost exactly 100 years later, Martin Luther would nail his “95 Theses” to the castle door. 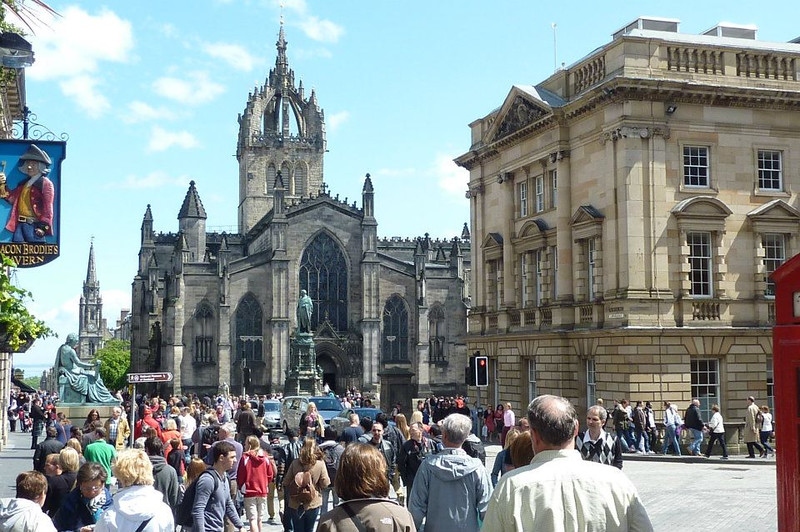 Noted Reformer John Knox was the first elected minister of St. Giles after the Reformation Parliament took over.

The cathedral is home of the Chapel of the Order of the Thistle, the chivalric knights hand selected by the Queen. There’s also an impressive statue of John Knox on the north wall of the nave; Knox was buried at St. Giles upon his death in 1572. You can learn about Knox on our Methodist and Presbyterian Heritage Tour.

13. Visit York Minster, the largest cathedral of its kind in Northern Europe.

There has been a church of sorts on the site of York Minster since the 7th century, although the current Norman and Gothic structure wasn’t completed until the 14th century. In fact, despite centuries of often violent history, the York Minster, among the English cathedrals, remains much as it was upon its completion. 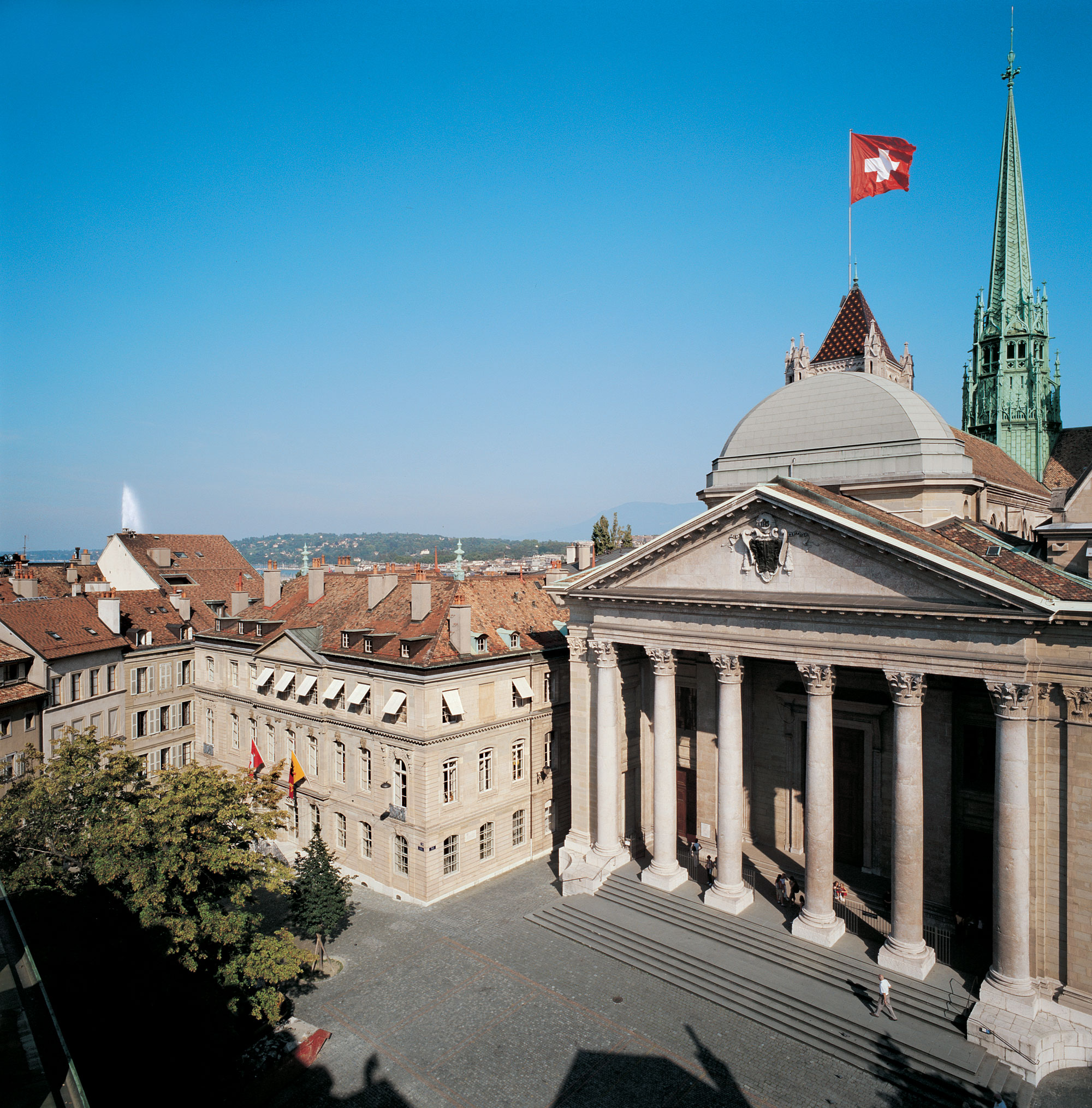 Founded in 2005, the Reformation Museum stands proudly next to St. Peter’s Cathedral in Geneva. John Calvin, the 16th century Reformer, envisioned Geneva as a model for the a new way to live the Christian life.

The museum traces the history of the Reformation from 1536 to the present with rare documents, writings, books, and paintings that give deep insight into the thoughts and actions that drove the movement.

15. Learn how Gutenberg, the Man of the Millennium, played a pivotal role in advance the Reformation at the Gutenberg Museum in Mainz. 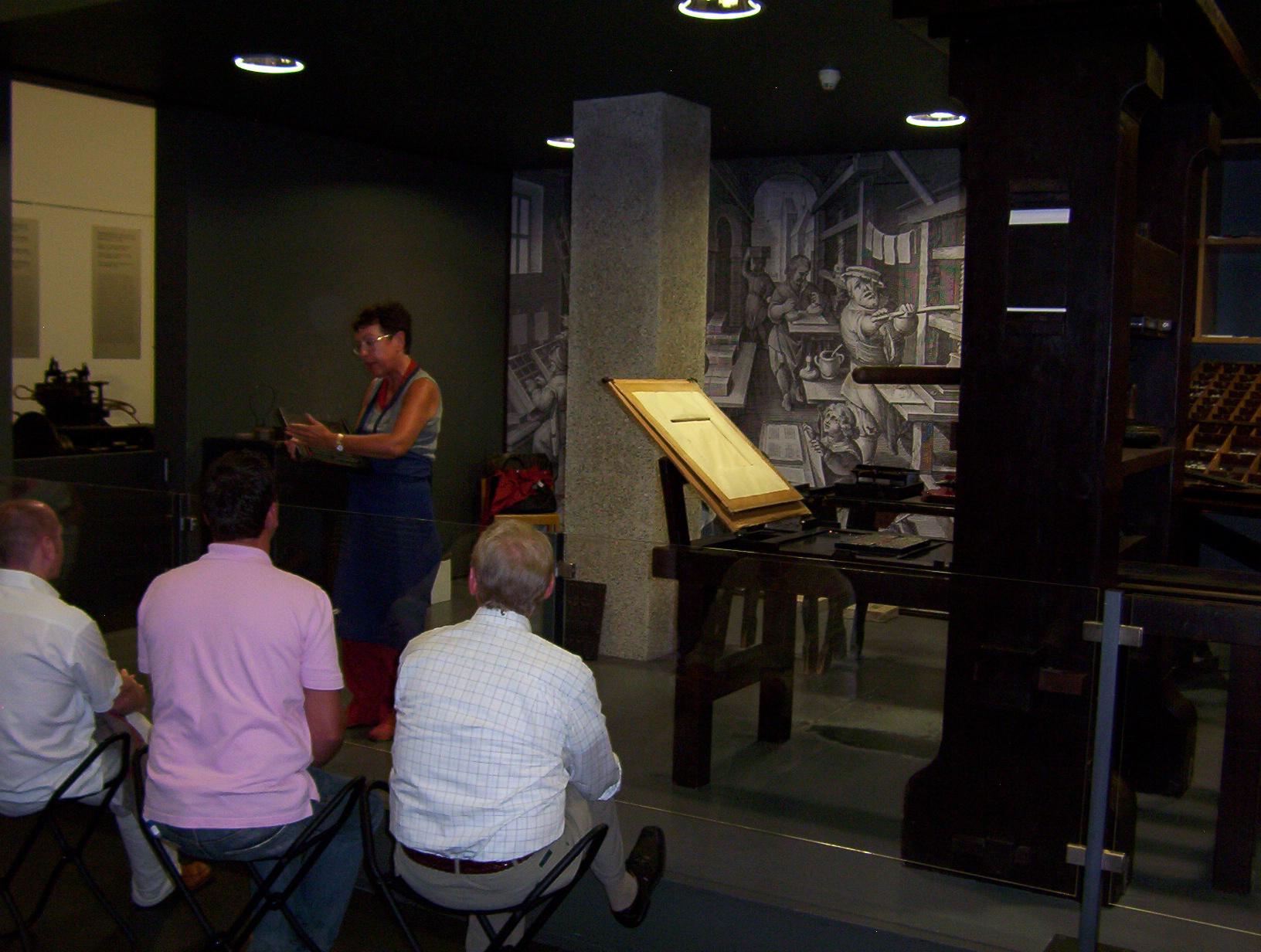 If you’ve ever wondered what an original Gutenberg Bible looked like, you can see one—along with a replica of Gutenberg’s original workshop—at the Gutenberg Museum in Mainz. Gutenberg’s printing press made it possible for Luther, Zwingli, and Calvin to share the Reformation message with the world.

The religious history of Europe is vividly alive at these gorgeous churches, cathedrals, and cultural landmarks. Why not take some time this year to enrich your faith and increase your understanding of the people and places that shaped the Reformation?

There’s never been a better time to renew your faith than during this 500-year anniversary of the Reformation. Get in touch today to see how easy it is to plan your Reformation Tour—or sign up for our free email course to find out more about the Reformation celebrations happening in Europe this year.