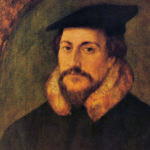 Geneva, Switzerland’s second-largest city, is located in the Rhône Valley near the French border. Situated next to the Swiss Alps, Geneva enjoys an idyllic setting on one of the biggest alpine lakes and within view of the snow-capped Mont Blanc. Not only is Geneva a stunning city, it is rich in Reformation history. Geneva has several sites of religious interest, most notably those associated with John Calvin, the Protestant Reformer second in importance only to Martin Luther.
Calvin led the Reformation in Geneva for decades, making his home in the city and preaching at St. Peter’s Cathedral. Calvin died here in 1564, but his legacy lives on.
Geneva became famous as a model of an ideal Protestant city, and reformers from all over Europe came to Geneva to learn from Calvin and his colleagues. Geneva’s role as the “Protestant Rome” is commemorated in its large Reformation Monument.

A map showing some of the key sites in Geneva relating to John Calvin and John Knox. Click on the markers for more information.

We would like to invite you to join us on a tour to Switzerland.

Click here to see our current tours to Switzerland. All welcome! 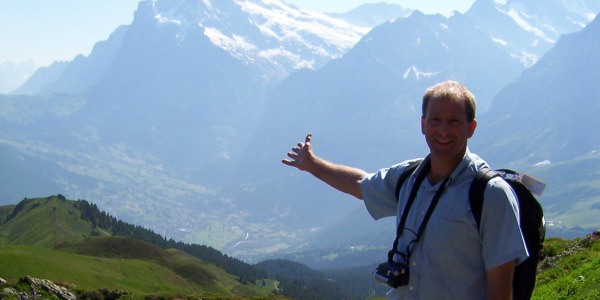 Click here to request a tour quote and we'll be in touch.

Click here to browse our sample tours to Switzerland. We have more on file, and each tour is customized.